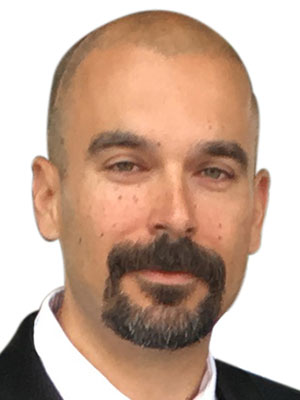 MICHAEL LONGO, Ph.D. – Chief Scientific Officer
Michael Longo is a Los Angeles native and proud graduate of California State University, Fullerton. After jumping headfirst into research, he decided to pile it on higher and deeper, pursuing his PhD in Biochemistry at the University of Cambridge, UK. It was there in Cambridge that two guys in a pub (Michael and Rajika) came up with the concept behind Poseidon.

In addition to his expertise in biochemistry and protein engineering, Michael has been admitted to practice in patent matters before the United States Patent and Trademark Office. He is the inventor/co-inventor on a number of patents, ranging from bacterial cell line development to the purification of recombinant protein. 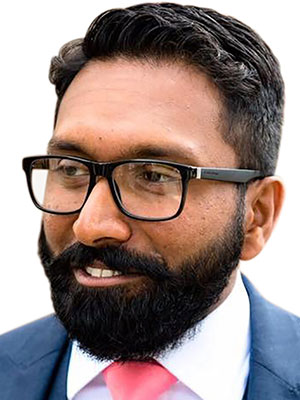 RAJIKA PERERA, Ph.D. – Chief Executive Officer
Rajika Perera received his Master of Science degree with Honors in Microbiology from the University of Glasgow in 2004. He then worked at the Wellcome Trust Sanger Institute in Cambridge, UK, on the Atlas Project, where he first came across methods in recombinant antibody technology. Prior to beginning his PhD, Rajika worked at the global pharmaceutical company GlaxoSmithKline. He pursued doctoral studies on the structural biology of factors involved in DNA Replication at the University of Cambridge and was awarded his PhD in Biochemistry in 2013.

Following a post-doc at Imperial College London, in 2015, Rajika became a Senior Scientist at Iontas Ltd, a biotechnology company focused on the development of therapeutic antibody technologies. His years of experience in biotechnology, pharmaceutical companies and research institutes motivated him to swap his rainy British weather for the sunny climes of California to co-found Poseidon LLC, becoming its CSO in 2017.

Rajika has published 10 papers, been cited over 700 times and is the co-inventor on several patent applications. In his spare time, Rajika is also an accomplished baker.